Nadine Dorries, the Secretary of State for Culture, Media and Sport, has stunned the rugby league public by mistaking the 13-a-side game for the rival code.

Speaking in St Helens at the launch of a report on the social impact of the Rugby League World Cup, Dorries opened his speech by referring to Jonny Wilkinson’s drop goal for England at the Cup 2003 Rugby World Cup.

“I’ve always liked the idea of ​​rugby league,” she said. “My long-time memory is that drop goal from 2003. ‘I’ll let you in on a secret. I think we were drinking Bloody Mary’s at the time. It was 11am but wow what a time it was.

AUDIO of Culture Secretary Nadine Dorries gaffe during a speech at a Rugby World Cup social impact event in St Helens earlier.
“I’ve always loved the idea of ​​rugby league – my long-time memory is that drop-goal from 2003…Wow, what a moment that was.” Listen 👇 pic.twitter.com/wD1FPJaK1e

The embarrassing gaffe didn’t end there as Dorries, who is the MP for Mid-Bedfordshire, tried to compare the sport to her own experience of politics.

Unfortunately, she opted to focus on the scrum, which is more a feature of rugby union than the League.

Dorries continued: “I have heard and know from my limited observations that it is an incredibly physical and sometimes brutal sport and often ends in a scrum, which reminds me a lot of politics.”

“I think we have a lot in common and given that many media like to call me the Prime Minister’s attack dog, I sometimes wonder if I should give rugby a try.” 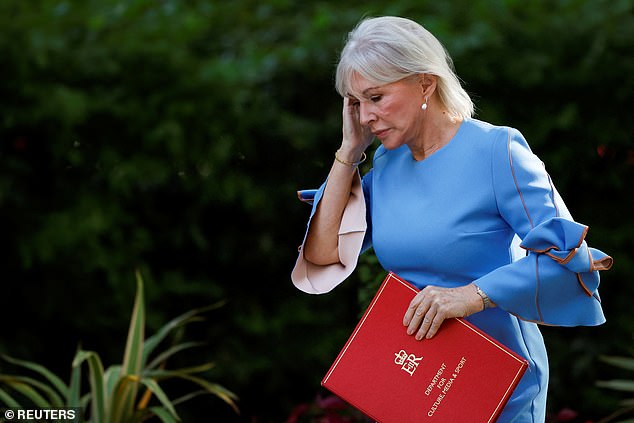 Like Jason Robinson, I may have reversed the codes in my speech… Both the league and the union have a rich heritage in the UK. Obviously, I’ve followed rugby league much less in my life, but I can’t wait to see England (and all home nations) in the RL World Cup this fall.

Some may think Dorries really should know better. Not only does her record include sport, she was born and raised in the Anfield area of ​​Liverpool, just 10 miles from St Helens, which is the heart of Rugby League country.

Following the clumsy error, the minister tried to put things right by making a Rugby League joke on Twitter, suggesting she had “changed code” like Jason Robinson.

He played as a winger and full-back in a career that began in the Rugby League for Wigan and Great Britain in the 90s, before continuing in the Rugby Union with Sale, England and the British and Irish Lions in the 2000s.

“Like Jason Robinson, I may have switched codes in my speech…” Dorries joked. 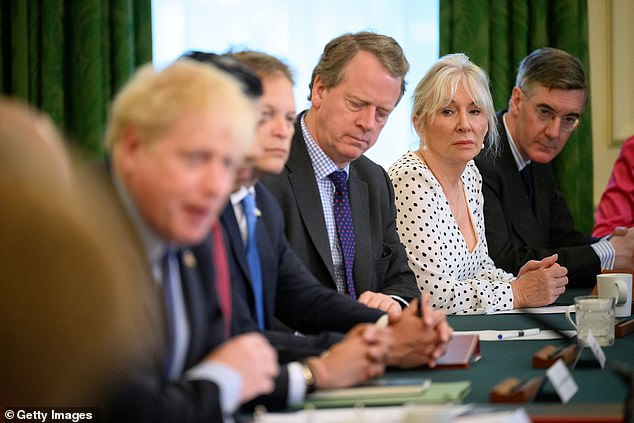 Dorries is a Cabinet Minister for Culture, Media and Sport

“The league and the union have a rich heritage in the UK. Obviously, I’ve followed rugby league much less in my life, but I can’t wait to see England (and all home nations) in the RL World Cup this fall.

Rugby Football League chief executive Ralph Rimmer declined to criticize Dorries for his misstep, preferring to thank the government for their £25million backing. “I’m not going to dwell on that”,

Rimmer said. “It’s great that she’s here and we’ve had fantastic support from the government. I’m not going to bring down the shine of it all. “She is lucky to see us for who we really are and it’s good that she came.

Dorries was speaking at an event, which revealed the findings of a report which claims the 2021 Rugby League World Cup, which was postponed to this year due to the Covid pandemic, has already brought £25million of positive change in communities across the North of England through its social impact programme.

The report highlights the success of providing funds for pitches, clubhouses and locker rooms.

Dorries said: ‘We know that some of the cities that will host the 2021 Rugby League World Cup matches are among the hardest hit by the pandemic and the rising cost of living and the government has supported the tournament with an investment of over £15 million to bring world-class sport to these communities.

Billy Vaughan, vice-chairman of Portico Vine RLFC, which will benefit from the World Cup social impact programme, told the BBC the mistake was “a bit disrespectful to the [rugby] codes,” but he blamed the department’s researchers, not the secretary of state.

“It was comical,” Vaughan said. “No harm to her as an individual. Someone is writing this speech for her. They just need to do the research a little better.

It was all based on ‘kick and clap’ – Rugby Union – we are a Rugby League team.

“It’s a bit disrespectful of different codes,” he added. “But I’m glad she came and approved the money we got, but the seekers need to look a bit more into Rugby League.”

Statement by the Secretary of Digital, Culture, Media and Sports on Coronavirus (COVID-19): July 9, 2020

Coronavirus press conference (July 9, 2020) For months now, our lives have been on hold. When the call came in March, we paused a lot of the things that light up our lives. Meal with friends. Going to the cinema or the theater. We had to close our gyms and swimming pools. Cancel our vacation. […]