The war of words over the future of Britain’s commercially-funded Channel 4 pubcaster intensified over the weekend as its CEO and the government made their case in national newspaper columns.

The controversial bid to privatize the broadcaster was given the green light by Culture Secretary Nadine Dorries last week, despite widespread opposition from the production industry and figures in the arts and politics.

The Independent Community in the UK has criticized the government’s plans, while the proposal has also been heavily criticized during a debate in the House of Lords.

Those reportedly interested in buying C4, which is expected to sell for around £1 billion (US$1.3 billion), include ITV, Sky and Discovery.

Writing in the Mail on Sunday yesterday, Dorries dismissed the criticism as ‘lazy, overworked and uninformed rhetoric from the Leftie luvvie lynch mob’ and said she had C4’s best interests at heart by ‘freeing him from the restraints of the state.”

“Last week I decided it was time to unlock the full potential of the broadcaster and open up Channel 4 to private ownership and investment while protecting its crucial mission of public service broadcasting,” Dorries wrote. .

“We believe we can sell Channel 4 to a buyer who will fund emerging talent, independent and unbiased news, and invest in every corner of the UK.”

Elsewhere in the article, the Conservative politician said the government wanted to see the broadcaster base its operations more in the north of the UK, with C4 having already moved its headquarters from London to Leeds.

“After the sale, I want to reinvest the profits into leveling up the creative sector, training a skilled workforce to fill the jobs at our burgeoning film and television studios,” Dorries wrote.

She added that the aim is to “protect the public service elements of broadcasting, ensure its sustainability and invest in creative skills, opening up the sector to a much wider section of society”. 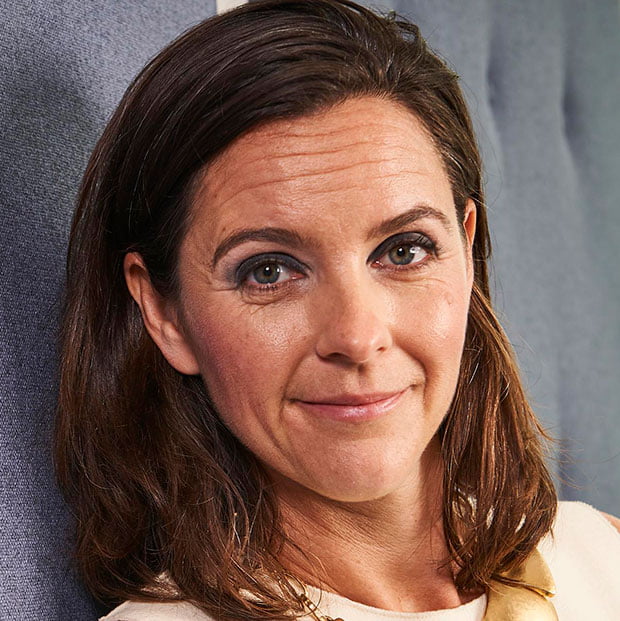 Reaffirming her strong disapproval of the sale plan, C4 CEO Alex Mahon wrote in The Sunday Times: “Channel 4 is a thriving national asset with a business model that has never been healthier.”

Mahon acknowledged that C4 faces stiff competition from Netflix and Amazon, but said its unique business model allows it to support the UK creative economy while serving underrepresented audiences and young people.

“Unlike any other broadcaster, all of our shows are made by private, entrepreneurial companies, and we have become a very effective engine for converting advertiser investment into revenue for hundreds of television production companies – some large, but most quite small,” Mahon continued.

“The question has been asked whether we can survive and thrive in the future under the ‘straitjacket’ of public ownership. And so Channel 4 will be crushed by Netflix and Amazon, who increasingly dominate the video viewing markets. And without access to money that is private and dependent on advertising revenue – not subscriptions – will we be gradually squeezed out of our own market?

“Like the rest of the UK TV industry, we openly acknowledge all of these challenges. However, we are not intimidated by them, thanks to the fundamental strength of our business and the changes we have made in recent years. We have expertise, and that gives us confidence in the plan for the future.

Mahon and C4’s management team offered an alternative to privatization that they believe accelerates its existing digital strategy and multiplies the secondary benefits of public ownership, such as job creation and skills enhancement outside of London – in places where private media companies don’t usually invest. .

“Others have pointed out that we are very different from Amazon and Netflix: they don’t try to compete with the shows we do in Hull, Derry or Leeds, nor do they send journalists to Ukraine. Mahon added.

“Our plan to keep Channel 4 in public hands would provide 100,000 training places for young people outside London who would otherwise never have the chance to taste life in the media. This would start immediately, continue over the next decade and would generate a value of £2 billion.

“The plan also dramatically increases the proportion of money we spend with production companies outside of the M25. [outside London] – from the statutory 35% to a commitment of 50%. This is a percentage that we achieved last year for the first time, and we believe we can continue to achieve it year after year.

“And to answer the question of resilience, we suggested a new scheme where we would use private capital in a joint venture that would grow into a creative £200m a year business over time.”

Nadine Dorries is Secretary of State for Digital, Culture, Media and Sport Culture Secretary Nadine Dorries confused the two rugby codes during a speech at a Rugby World Cup event in St Helens on Thursday. Dorries thought Jonny Wilkinson’s 2003 winning drop-goal for England against Australia in the Rugby World Cup final was in rugby […]

The British government has signed a memorandum of understanding with the Saudi state intended to strengthen cultural ties between the two countries. Nadine Dorries, Britain’s Culture Secretary, attended the signing ceremony at the Diriyah Biennale in the Jax neighborhood on the outskirts of Riyadh. Prince Badr bin Abdullah bin Mohammed bin Farhan Al-Saud, Minister of […]

Mandatory limits could be placed on the time children are allowed to spend on social media, the culture secretary has suggested. Matt Hancock says social media companies have failed in their duty of care to children. “We’re going to ask them to take those precautions,” he told The Times. “For an adult, I wouldn’t want […]