Efforts to settle a legal battle between members of Culture Club over the band’s tour money have “not been successful” amid a “considerable lack of trust and goodwill”, it said. said the High Court.

Drummer Jon Moss is taking legal action against lead singer Boy George, guitarist Roy Hay and bassist Michael Craig, after they were “kicked out” by their manager in September 2018 after 37 years of playing together.

Former members of the group have attempted mediation ‘with no sign of success’ ahead of a possible six-day trial where the value of the Culture Club name and the profits made by the group since the alleged ‘expulsion’ of Mr Moss will be taken into account. account, the court was Told.

A “very high seven-figure sum” could be involved in the trial which is due to start in the spring of next year, Mr Moss’ lawyer Celia Rooney told a hearing on Tuesday.

Mr. Moss and members of the Culture Club, best known for hits such as Do You Really Want To Hurt Me and Karma Chameleon, did not appear on the video link during the remote hearing before Judge Julia Clark.

The short hearing covered preliminary matters, including a pre-trial timetable and estimated budgets for legal costs – which could potentially exceed half a million pounds on both sides.

In written submissions, Ms Rooney questioned the use of budgeting for subsequent mediation, saying: ‘The parties have attempted mediation before with no signs of success.’

“The plaintiff is not opposed to further settlement in this case of course. We remain open to the potential for a settlement,’ Ms Rooney told the hearing, but added that there was a ‘considerable lack of trust and goodwill’ between the parties.

Culture Club drummer Jon Moss (third from left) is taking legal action against lead singer Boy George, guitarist Roy Hay and bassist Michael Craig, after they were ‘kicked out’ by their manager in September 2018 after 37 years of playing together.

Tuesday’s hearing came after Mr Moss changed his legal case to allege Boy George had ‘conspired to defraud him’ out of nearly a quarter of a million dollars under the group deal.

Mr Moss initially launched a legal action seeking a declaration from the court that the outstanding balance was held for him by the Performing Arts Agency (APA), acting as its agent.

He claims the group’s booking agent agreed not to release him without Mr Moss’s agreement or a court order, but he later discovered that the remaining funds had been paid to a US company, You Give Me Life (YGML), following the settlement of legal proceedings in America. in January 2021.

YGML and another English company, Other Places Drama LLP (OPD), had sued APA in California, claiming they were entitled to the money it held, Ms Rooney told a hearing in March.

She said Boy George was the sole ‘officer’ of YGML and one of two ‘designated members’ of the OPD in which he holds 75% of the voting rights.

Ms Rooney has previously argued that the US proceedings involving these ‘personal services companies’ – also now accused in the UK case – could only have been initiated with the knowledge of Boy George or by people acting on his behalf . 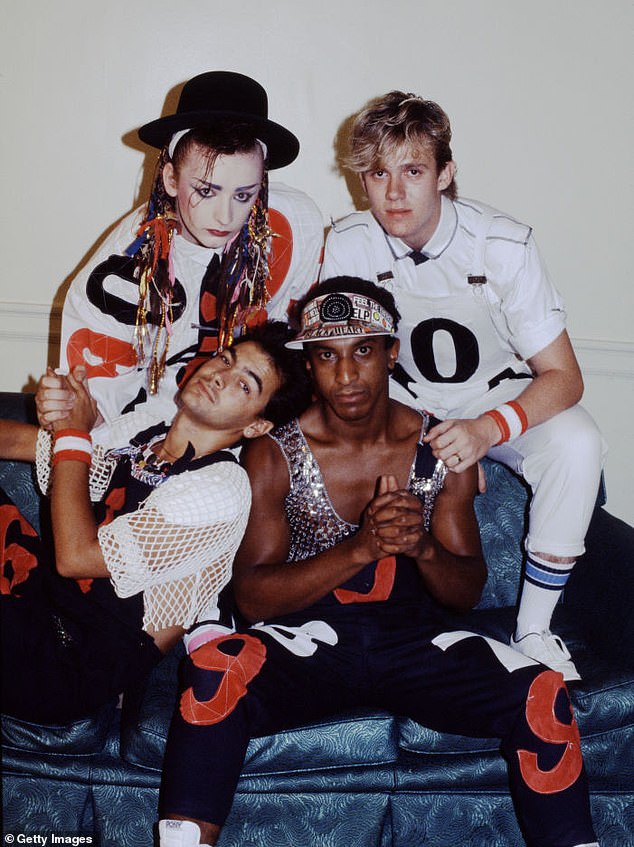 Boy George (above, top left) has been accused of conspiring to defraud his former Culture Club bandmate out of £188,000 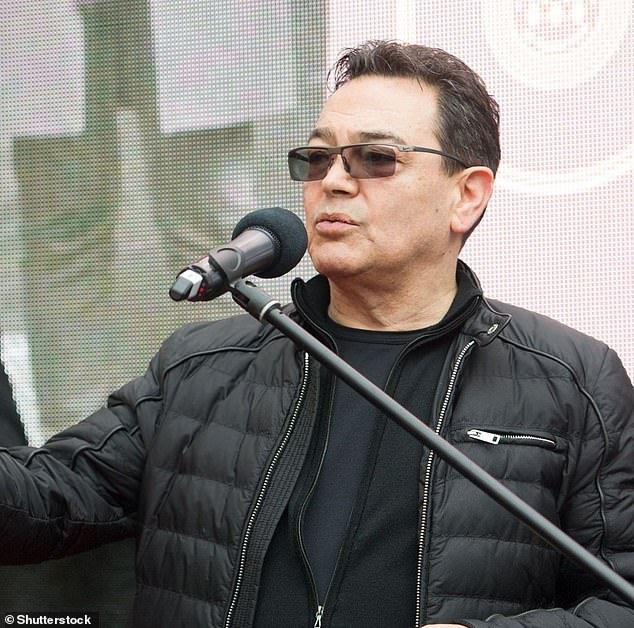 She noted that the knowledge that MM. Craig and Hay had of the question of the procedure in the United States was unknown.

Mr. Moss now claims that Boy George, YGML and/or OPD, allegedly violated the ‘Memo of Agreement’, acted dishonestly with respect to US regulations and entered into a conspiracy to defraud Mr. Moss on the money he still believes is his due.

Ms Rooney explained that as part of the High Court litigation, the group had previously settled a dispute over whether there had been an ‘ongoing partnership’ since the formation of the Culture Club ahead of a trial scheduled for December last year , with Boy George, Mr. Hay and Mr. Craig admitted that there were until the alleged expulsion of Mr. Moss.

The outstanding issues in these proceedings “will require the court to consider the valuation of the name ‘Culture Club’ and the profits made by the group since the plaintiff’s eviction,” Ms Rooney said in her written submissions for the hearing. tuesday.

Boy George – whose real name is George O’Dowd – Mr Craig and Mr Hay have yet to file a formal defense to Mr Moss’ claims, but court documents show that they dispute his claim regarding the money remaining due.

Boy George released a statement after the March hearing accusing Mr Moss of making a ‘personal attack on me’ and ‘the most unfounded and hurtful allegations’.

“His claims that I conspired to defraud him are totally false and will be defended in the High Court in London,” he added.

A trial is expected to begin in March or April next year.

Bon Bon Culture Club is brought to you by the people who just took Liholiho Yacht Club from us, but luckily we can now forgive them. Where Liholiho served a mix of Hawaiian/Californian dishes, drawn from chef/owner Ravi Kapur’s own culinary lineage, the Good Good Culture Club brings us the whole Asian diaspora: Filipino, Laotian, […]

Cultural Infusion has developed the Diversity Atlas which can provide miners with the baseline data they need to better design cultural diversity programs. CI CEO Peter Mousaferiadis said mining companies need to recognize that diversity can benefit them as an organization. “Mining companies work in some of the most diverse places in the world,” he […]