COLOMBIAN — A life-size crocheted bulldog was just one of the unique creations that won first place for members of the Columbiana Culture Club at 126and Alabama Federated Women’s Clubs (AFWC) State Convention held June 3-5 in Orange Beach, Alabama.

Karen Sweeney made the bulldog for her granddaughter, modeling it after her real-life pet, Dyson, who died in 2020. Sweeney didn’t follow a set pattern, and the result seemed to surprise even Sweeney herself. same.

“I made the bulldog for my granddaughter to look as much like a real dog as possible. I had no idea when I was making it that it would be almost life-size,” admitted Sweeney, the second vice president. of the club.

She and club president Pamela Raines were thrilled with the number of awards the band won, especially after the 2020 convention was canceled. As a result, the band had two years of photography, artwork arts and crafts from which to choose candidates.

“We were thrilled,” Raines said. “We are a very small club; we were delighted. It’s an incredibly talented group of women. They are all very civic and very generous.

Sweeney added: “Having so many of our club members participate and then win so many first place awards was just over the top.”

The Columbiana Culture Club is a closed 24-member club and has been in existence since 1910. The Shelby County Museum and Archives, located in the Old Courthouse at the Main Street roundabout in Columbiana, houses every minute of the club plus it over 100 years ago.

All the money the club raises goes to the community, county or state. They donate a certain amount to each Columbiana school as well as feeder schools to help fund school media centers. The club also contributes to the Shelby County Historical Society, the Boys and Girls Ranch in Alabama, the Ronald McDonald House and more. Group members log well over 10,000 community hours a year.

“When I came back from the convention, I took our scrapbooks to the Shelby County Historical Society. They store all of our history,” Raines said. 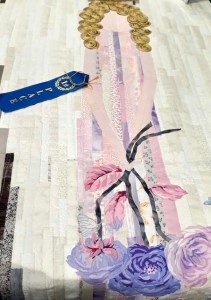 Here is a list of individual awards won at this year’s conference:

The club has also won a few awards overall. These are listed below: 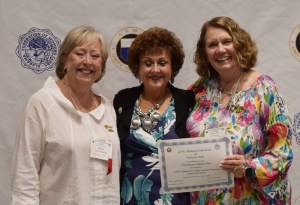 Culture Club: Why Asia will become the epicenter of the cultured seafood industry

Asia is the world’s largest consumer of protein and especially seafood, consuming around three to five times the per capita seafood consumption of North America or Europe. This voracious appetite for seafood has led many experts to sound the alarm over a rapidly widening gap between seafood supply and demand. Hoping to bridge this gap, […]

Members and guests of the Asian American Culture Club (AACC) gathered to watch a screening of ‘Shang-Chi and the Legend of the Ten Rings’ and discuss the roles of Asian Americans in the film industry on Saturday October 16. a discussion led by Time editor Janice Min (P Tate Sheehy ’24 and Will Sheehy ’22) […]